The Blessings of Reaching Our Ruby Anniversary

A year ago, we reached our Ruby Anniversary. It is something that should never be taken for granted. Being married for 40 years is less common than ever and a blessing that few experience!

I have known married couples who lost a spouse before they reached this landmark.

Too many couples do not stay married for ten years let alone forty. 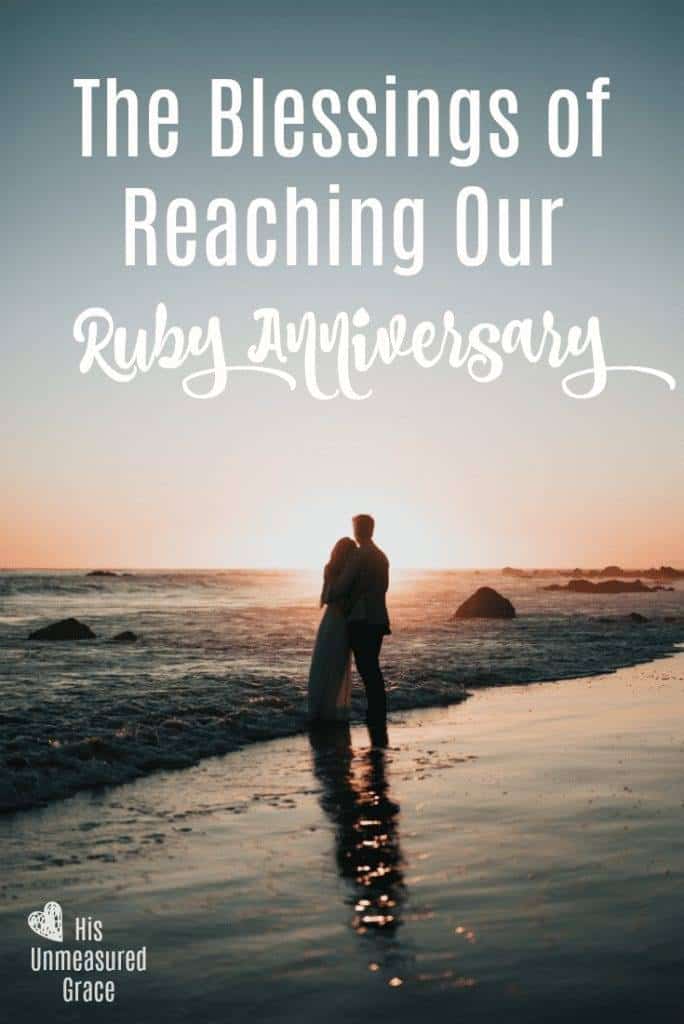 Maybe you fell head-over-heels and your marriage has been perfectly blissful.

That isn’t the way mine has been.

I am a sinner saved by grace and more-often-than-not I was more ‘sinner’ than ‘grace-filled.’ My marriage has certainly had its blissful moments but has also been rough!

In thinking about our Ruby Anniversary, I have been thinking endlessly about rubies and what they might mean to marriage. 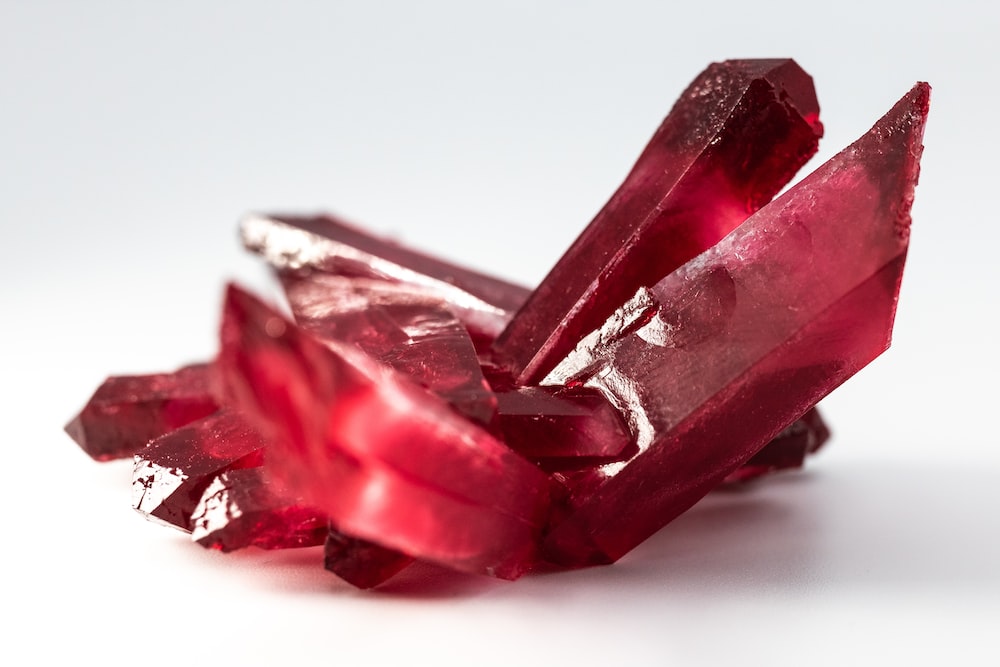 You reach your Ruby Anniversary on your 40th year of marriage. It is certainly a huge reason to celebrate!

Before a ruby is cut into the beautiful gemstone you think of in a ring or necklace, it is rough and needs much work. It was the same with me when I got married. I needed so much work to become the woman that God intended me to be.

Many years of my marriage were rough and mostly because God needed to work on my heart. I thought it was my husband who needed to change because of ‘things’ that he said or did.

God showed me that my prayer needed to be, “Lord, change ME!” I have spent most of my married life trying to change him even though I prayed that prayer through the years.

It would be like the ruby saying to the jeweler who is chipping away at the stone, to go easy and leave the stone as is!

The beauty happens when you allow the Jeweler to do the chipping until He is done. These verses are talking about wisdom but they apply so fully to the value that comes through the years of marriage as you allow God to work and chip away at your rough places.

She is more precious than jewels,
And nothing you desire can compare with her.
Long life is in her right hand;
In her left hand are riches and honor.
Her ways are ways of pleasantness,
And all her paths are peace.
She is a tree of life to those who lay hold of her; Proverbs 3:15-18

Weathering Out the Storms

Marriage on its best day can be difficult as two people become one through the years. The Ruby Anniversary comes after many years of growth in a relationship that has stood the test of time.

If you have been married many years less than 40 and you find yourself struggling . . . hang in there!

Your children might bring chaos, difficulties, and heartache as you do your best to raise them. Stick it out!

It isn’t worth giving up and starting over. Making it on your own is not easier.

As you age, you calm down as the hormones become less and less intense. It is precious to have shared memories with your husband for many years. You don’t have that when you give up on your marriage.

The Blessings of Reaching Our Ruby Anniversary 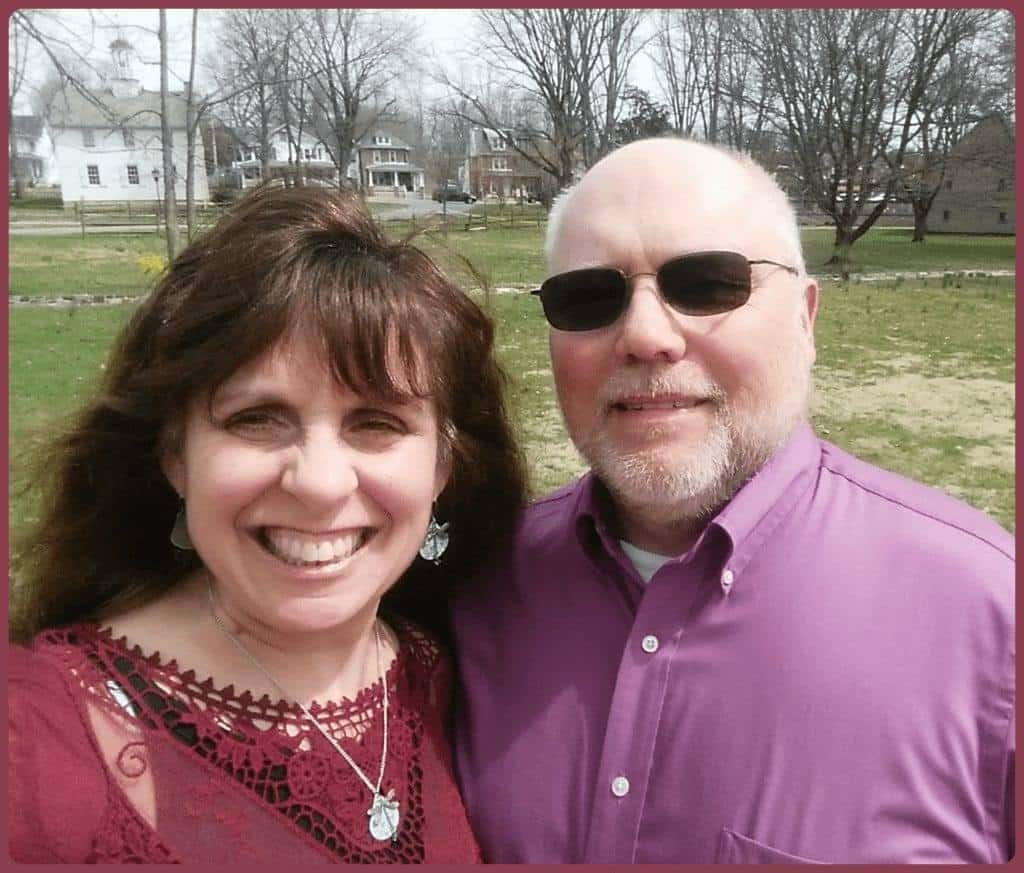 We could have easily given up over and over again through the years. Divorce does not hold the stigma in our culture today as it once did!

It was only because of Jesus that our marriage was preserved. I wanted a closeness in our relationship and not a coldness even though we were married. How often do couples stay married, yet not work on their relationship?

What a blessing when gradually, your relationship begins to take on a closeness that reflects what God intended in the first place.

What a blessing when we were able to celebrate our Ruby Anniversary and enjoy being together!

There is Hope for You!

Your relationship with your husband might be strained beyond hope . . . but with Jesus, it can change!

When you start praying, “Lord, change ME!” there is hope even if you think it is your husband who needs to change. There is always something God can do in your life.

As you become more like Christ in your response to your husband, the more attractive you will become to him.

When you start praying for your husband, things will start to happen. I don’t mean the kind of prayers where you are praying that he will stop doing ‘this’ or ‘that.’ I mean the life-giving prayers that breathe spiritual character into him in life-changing ways.

What is your story and how did this speak to your heart? What encouragement would you give to the person struggling and wanting to give up?

Gratitude As A Lifestyle 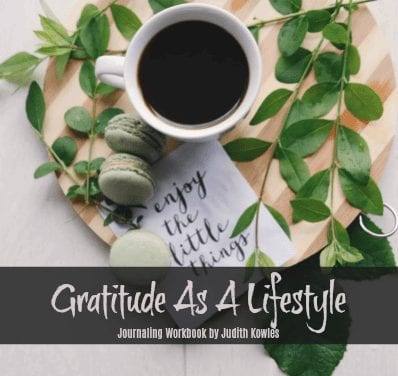