You Need God to Obey God 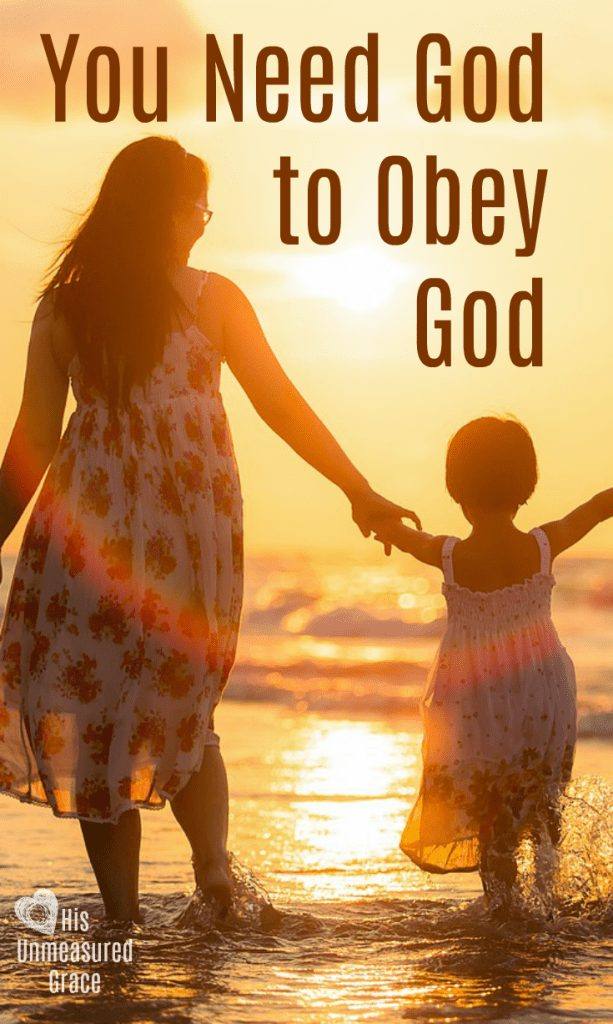 Continuing in the Book of John: John 3

Nicodemus was so desperate for God and did not even realize how darkened he was spiritually when he came to Jesus at night. He thought he was extremely obedient to God but lacked spiritual eyes to see how he needed God to obey God.

Over 2,000 years ago his visit with Jesus was recorded in the Gospel of John.

He didn’t come in the middle of the day when the other Jewish leaders could have seen him spending time with Jesus. He came in the evening after dark.

Nicodemus belonged to a sect called the Pharisees who separated themselves from other groups in their Jewish culture. They prided themselves on strictly keeping the Mosaic Laws to the smallest detail. They considered themselves to be more spiritual than anyone else.

Nicodemus wouldn’t have been any different.

The Pharisees were trying to trap Jesus so they could have him sentenced to death by the Roman government.

But Nicodemus was drawn to Jesus even though he had no idea why!

Nicodemus starts off the conversation recognizing that Jesus was sent from God to teach the people. He acknowledged that Jesus’ miraculous miracles showed evidence that God was with Him.

Somehow Nic missed the real issue and Jesus cuts right to the point.

Jesus always reveals the need that the person doesn’t even realize they have!

“Truly, truly, I say to you, unless one is born again he cannot see the kingdom of God.” John 3:3

Despite all that Nicodemus knew, he did not know God. Jesus revealed his need.

You Cannot have Spiritual Understanding without God!

Nicodemus’ reply to Jesus revealed that he didn’t get it!

“How can a man be born when he is old? Can he enter a second time into his mother’s womb and be born?” John 3:4

Nic didn’t have spiritual eyes to understand what Jesus was saying in any other way than the literal.

As far as he was concerned, if you were to be ‘born again’ you would have to come out of your mother’s womb again.

Of course, he knew this had to be impossible!

He didn’t understand that Jesus was talking about a Spiritual birth and using the word ‘birth’ to explain it.

Jesus Reveals what it Means to Obey God

Jesus was aware that Nic thought keeping all the laws would give him entrance to the Kingdom of God.

He didn’t get it right!

Clearly, Jesus dispels the belief that extreme obedience would be the ticket to Heaven.

Nic had an inability to grasp what Jesus was saying.

Those outside of the Kingdom of God cannot understand the things concerning the Kingdom.

Their hearts are spiritually darkened.

It was totally impossible for Nic to understand because of his darkened heart!

Nicodemus thought that he was ‘OK’ spiritually because he kept even the smallest law.

He thought that he would go to Heaven because of all his knowledge about God.

Understanding the gravity of our ‘spiritual’ condition; that each one of us is outside of the Kingdom of God without Jesus, is what true obedience is all about.

Nicodemus knew all about God, but he did not know Him!

True obedience is through knowing God!

Without Jesus, You are in Danger of Perishing!

“For God so loved the world, that he gave his only Son, that whoever believes in him should not perish but have eternal life. John 3:16 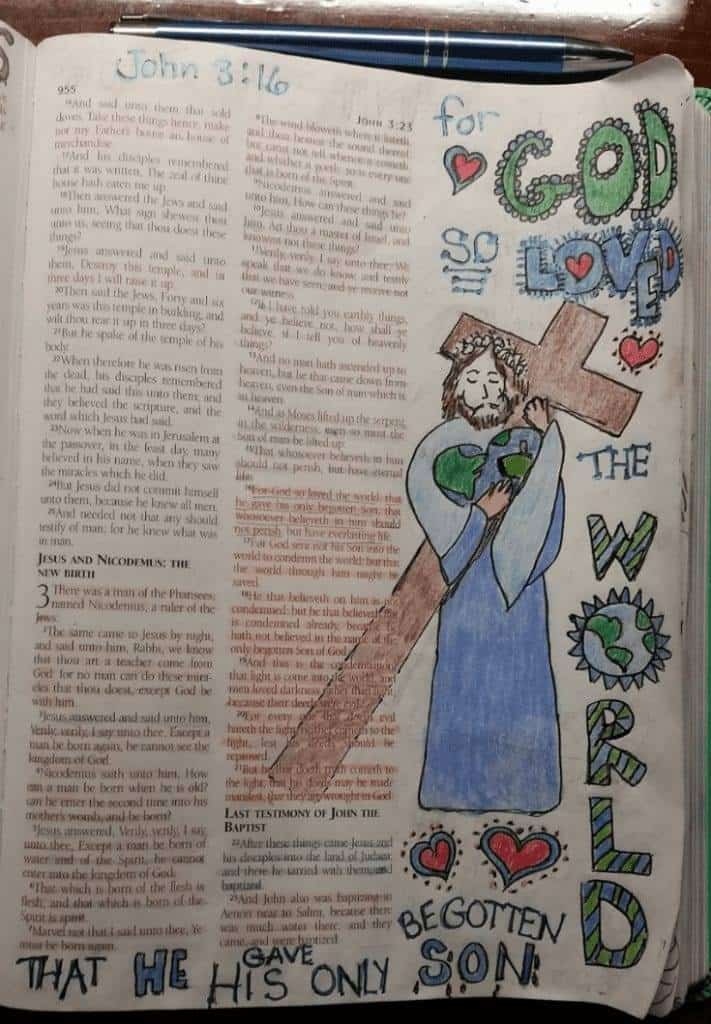 Do you enjoy creative Bible journaling? Share your amateur artwork in the Jesus Journaling group on Facebook!

As Jesus spoke to Nic he explained God’s design to rescue him from perishing.

It is necessary to BELIEVE in order to have ETERNAL LIFE!

God’s love is so deep for each of us that He sent his only Son to earth as a baby.

The purpose was that He would die for our sins because blood had to be shed so we could have life everlasting.

I don’t think any of us fully comprehends the depth of John 3:16 like we should.

Jesus said that many would not come to the Light and would remain in spiritual darkness. John 3:18-20

But whoever does what is true comes to the light, so that it may be clearly seen that his works have been carried out in God.” John 3:21

To truly obey you need God!

You cannot do it through your own knowledge, learning, or work but only through Jesus Christ.

Which are you? One who knows God or knows about God?

My prayer is that you are seeking God like Nicodemus and that you have found a personal relationship in God through Jesus Christ. John 3:16 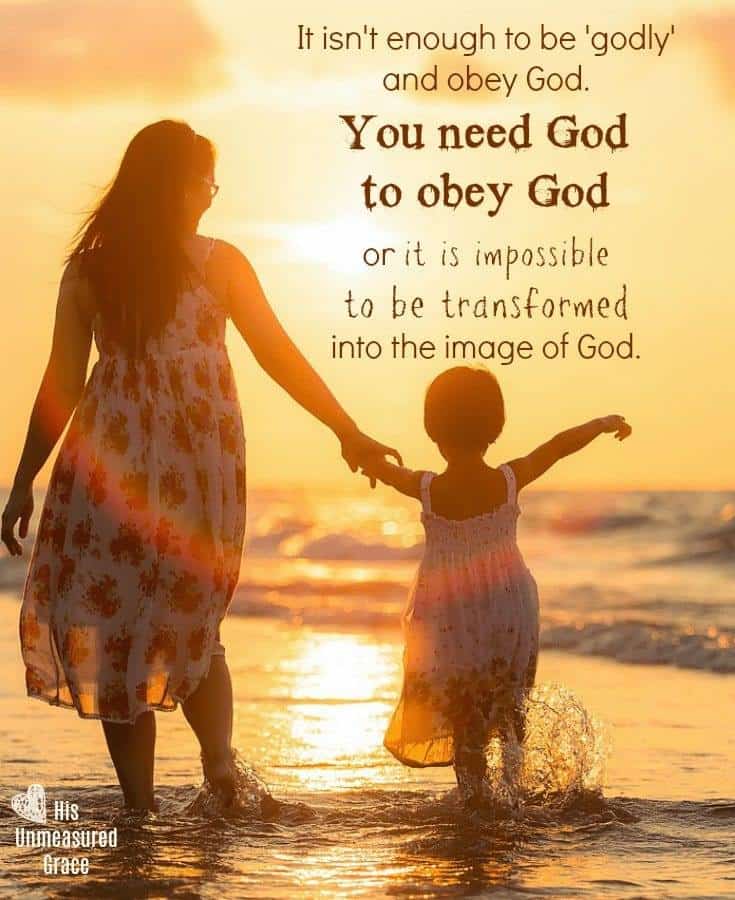